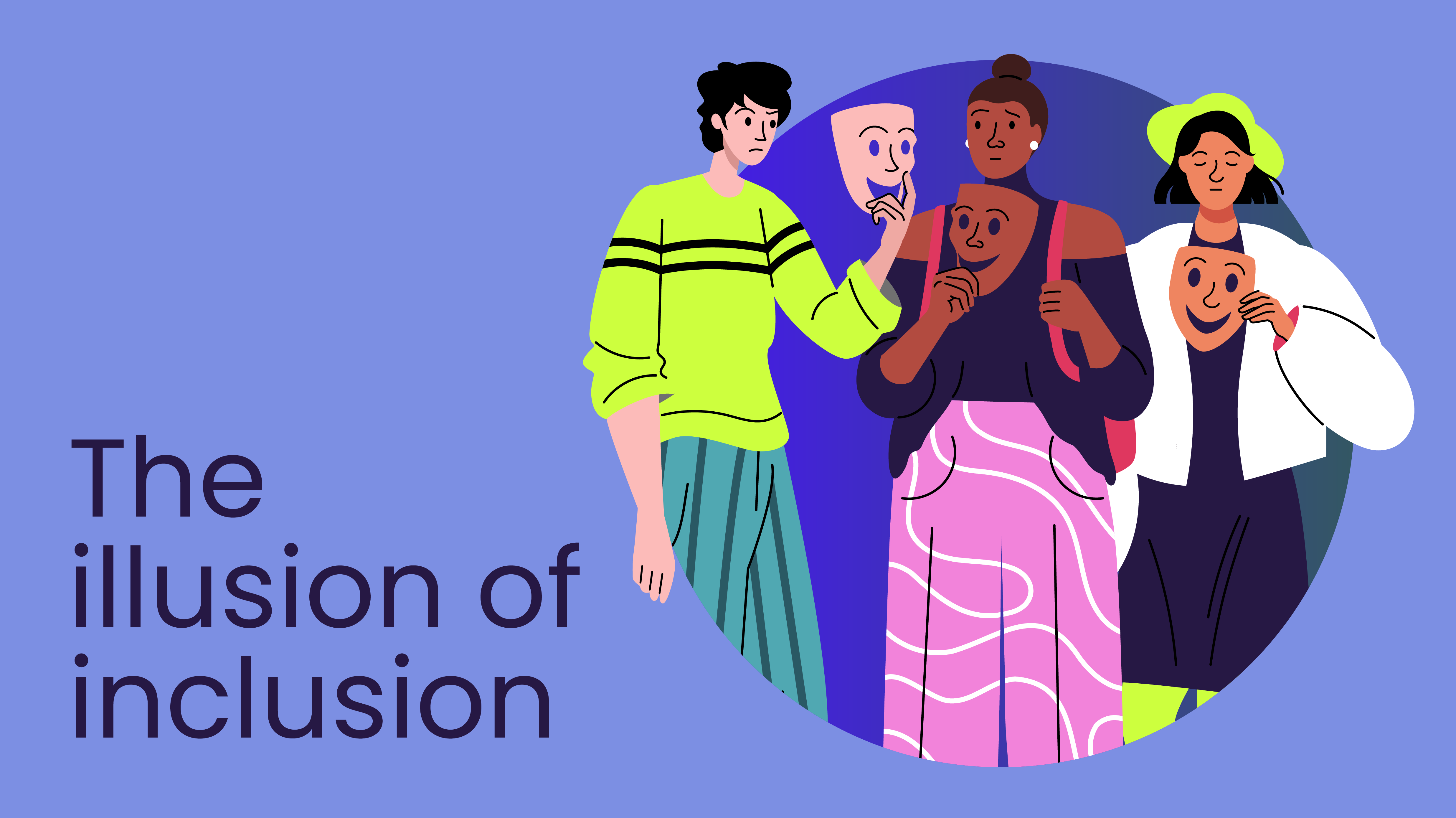 The illusion of inclusion

Fuelled by a series of events over the last two years , employees have taken a stand. They have pushed away from the comfort of their desk chairs, sighed a long breath of relief, exclaimed ‘FINALLY’, and spoken up against discriminating organisational cultures.

Stories of struggle, trauma and anxiety have been shared openly. Important conversations around privilege and intersectionality are slowly making their way out of the hidden corners of company cultures. Feeling uncomfortable and challenged is basically the new black and organisations have been urged to clear their wardrobe and dress for the event.

And, they have. According to Fast Company, companies have made some serious financial investments to reworking Diversity, Equity and Inclusion (DEI).1 We have seen the rise of unconscious bias training, imminent policy changes and awareness campaigns. Hands up if you’ve seen a picture of a person of colour or person with a disability splashed across a company website with a heart-warming quote in the last 12 months.

But, the question I ask myself as a DEI consultant, and the question we should all ask ourselves – what does real change actually mean?

In August, Wired exposed the ‘Diversity Theatre’ – a prime-time play where you can catch the cast of the finest marginalised employees on a beautifully decorated stage, directed by a leadership team whose only focus is to get positive reviews. Tech giants, such as Pinterest, were called out for putting on ‘Diversity Theatres’ by donating millions to racial justice organisations, setting impressive diversity goals and investing into training, but never really focusing on creating a community and culture where inclusivity and belonging could flourish from within.2 Employees who fought for internal change were punished and forced to ‘be someone they were not’ in order to rise up the ladder. No matter how much they worked and asked for support, they were still met with resistance and an inability to shatter the glass ceiling.2

What is the impact?

The impact of this goes beyond the surface level into the depths of an employee’s psyche, and their ability to feel safe within their teams and their organisation. Psychological Safety, defined by the Center of Creative Leadership is "A shared belief held by members of a team that others on the team will not embarrass, reject, or punish you for speaking up.”3 Wired reported that ‘Diversity Theatre’ led to employees feeling a sense of ‘double consciousness’, where they were led to believe and showcase that the company was genuinely supportive of them, while in reality, they had to fight against inequality and were subjected to discrimination. Let’s take a pause to truly reflect on how that would feel if you were in their place? Lost? Maybe a bit angry? Unable to express yourself? Now, how would feeling all these things impact their wellbeing and the way they show up at work? Psychological safety, is an imperative foundation to cultivate high-performing teams and eventually, to innovation.4

So, what should we do?

We know that any kind of change is hard. We have all tripped up in buying into our own illusions, thinking that if we make surface level changes, the real problem may just go away. But it doesn’t. To get fit, you can’t only post pictures of your training shoes on your social media accounts, you actually have to put them on your feet and start running. Even if it’s just 5 minutes a day. That doesn’t mean you don’t share your progress or celebrate your new gear publicly – it just means you also have to do the hard work at the same time.

Similarly, to really champion for DEI in your organisation, you must be willing to do the real work of facing the truth of how unfit you are and what you are afraid of when it comes to change and investing in a strategy that is committed to structural and cultural changes.

Our experience has taught us that completely inclusive cultures can only be created when we get all stakeholders involved in creating the shift. In an organisation, leaders are the eagle perched on top of the tree, but the employees are the branches and roots of the tree that hold it all together. Your employees are the backbone of your organisation – their experiences, and their voices matter. Investing in employee listening, through ThinkTanks, can help organisations identify the gap between where they are and where they need to be.

Once we know the truth of where organisations stand and where they need to be, the focus is to strategise and prioritise structural changes that are not ‘just nice to have’ but also help companies do the ground work to be truly inclusive. The action steps at this stage may involve taking a long hard look at your organisational culture and biases that are communicated – and perhaps, if you are leader, even your own biases and meeting them with grace, yet a firm commitment of change.

Lastly, this is not something a consultant can do, but this relies on an organisation’s commitment to inclusivity and innovation. Change can only be possible when organisations actively choose humanity at every stage of their decision-making process. It’s small, character-testing steps that lead to successful outcomes.

This journey isn’t easy. It involves putting a stop on the shows for a while and admitting that there is a lot to be done behind the scenes. However, the end goal could mean that not only are you an organisation that looks like you’re doing the work, but you are genuinely making changes. It could mean a workforce that feels empowered and accepted in your organisation. It could mean a lasting change for future generations and result in organisations that embrace diversity, equality and inclusion. Every change, no matter how small, makes a big difference in the bigger picture. 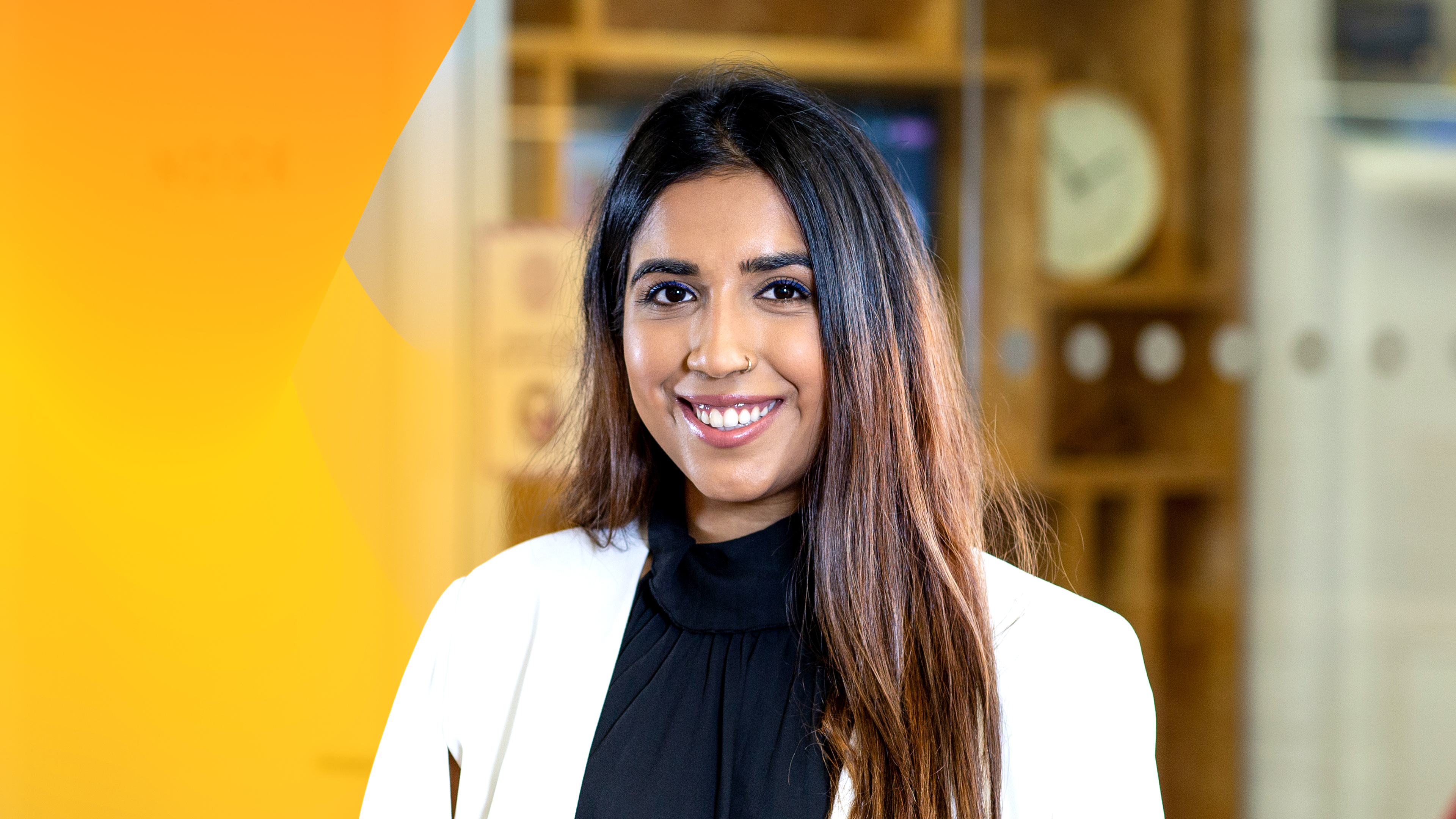 Using All the Pencils

Have you ever attended a party but wondered whether you may have been invited by accident? Have you had that uncomfortable feeling in your stomach – the one where...

At a Crossroads: Intersectionality in the Workplace, Communications and Beyond

At the beginning of sixth grade, one of my new teachers gave our class an essay assignment. After he read mine, he accused me, the only non-white child in the class, of...

To view more of our latest News & Thinking